I don’t know if you have noticed that people’s acceptance of dreads is gradually rising. Therefore, people wearing extensions dreads hairstyles can be seen everywhere in public, and more and more salon shops are starting to make dreads extensions hairstyles. But now there is an existing and solemn question: Do you know what kind of dreadlocks hairstyle is suitable for you? If you don’t know, then stay here for a while. In this article, I will introduce several dreadlock extensions hairstyles in detail. You can pay more attention to it~~ 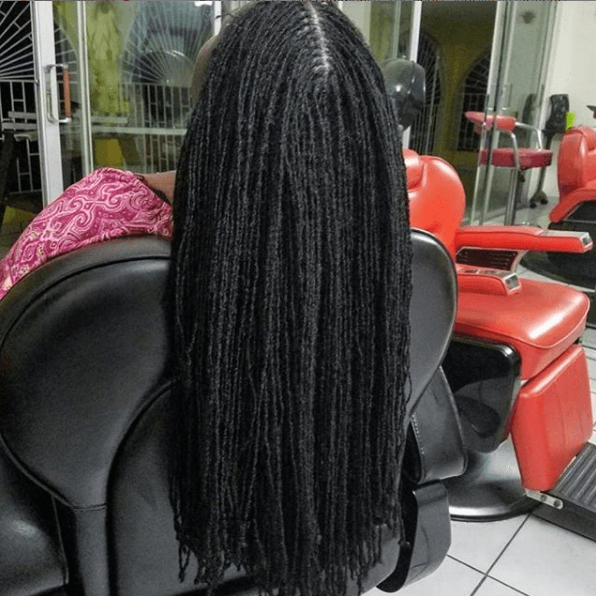 We’re going to start from the smallest, which is sister locks. The installation process for sister locks, as you can see, system locks are those tiny locks, and they can be anywhere between three, I’d say three to like 500 sister locks in an individual’s head. Yeah, I know that’s a freaking lot.

A professional, of course, install it, and it can take about 16 to 20 hours to install. I don’t think it’s a one-sitting type of thing unless you like to go there like five o’clock in the morning and leave like 10 p.m. is that 15 hours. So depending on your length and your thickness. This can be a two-day process. It’s similar to getting like those shingle braids put in your hair. So be prepared if you want to sign up for sister loss. You love the look of sister lots. Be prepared to be there a while.

Sister locks patterns differ from your hair type. If you have soft and oily hair, you use a different block interlock pattern for sister locks.

Similar to sister locs are micro locs. Because these two locs are close to 0.2cm. However, compared with sister locs crochet hair, micro dreads have more significant advantages. First of all, it will be more convenient to install, so it will not take as long as installing sister dreads. Secondly, micro dreadlock extensions are relatively more cost-effective and more affordable. If you are interested, you can click this link to check the specific situation of micro locs afro kinky human hair. 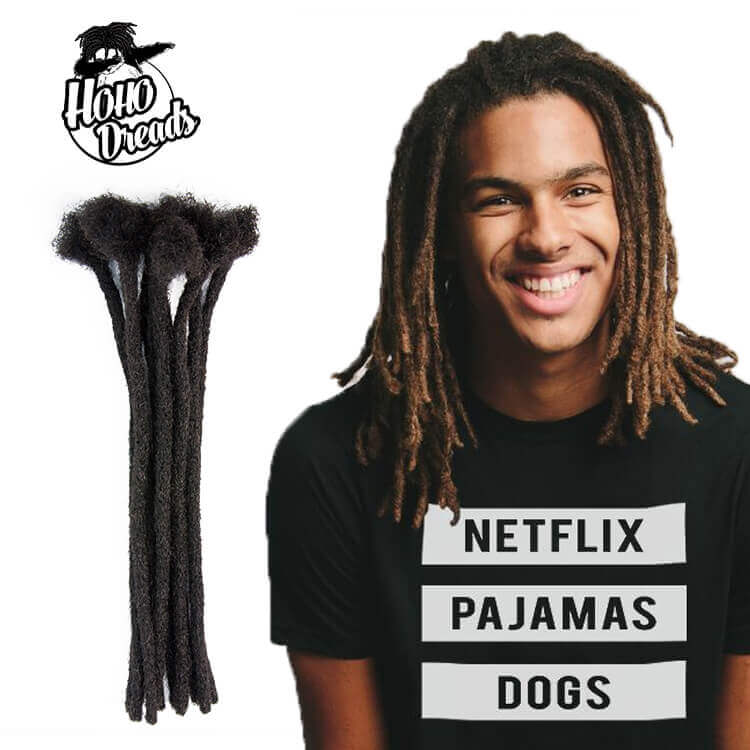 Next, average regular locks are re-twisted every six weeks, nothing shorter than six weeks. If we twist those regular locks and you reach by, you know, palm rolling or using a comb, you know comb the roots of the hair even a little bit you twist the Rat Tail Comb. Then you finish off with the camera the primer will extend down to the lock. The entire shaft of the lock is not just at the top. You can roll that whole thing.

Products usually are used to ensure you know the hair stays neat and all of that. There’s a little side hack for new people who have installed fresh locks in the tooth. You can use a lock crochet needle, and that will help to mat your hair. So if you see like the ends are coming out, you went outside two strands twisted, went over with a locking needle, and you gave it just some oomph that none of this is locked ever unraveled. so it was perfect for keeping that, and it gave it a matted look quicker, and I think it helped match your hair.

Then we have the semi-freeform. Now you start this the same way to start the regular locks, either strong or coil. With this, you retwist you don’t reach with every six weeks. There’s no set time to retwist when you’re semi-free-forming. Every year is different. Some hair works better. The more you wait to twist it, some hair works better, the less.

I used to reach once a year. I’ve moved that up to two, sometimes three times a year now. Because I realized the longer thick my hair is, the more it will need to be retwisted. Now 75 people like to leave our frizzies loose leave our frizzies wild at any point. You can look at a shaft of any of our locks and see what those little sprouts sprout notes look like. I’m here there. They are our buddies. We love them, so we let them stay. We don’t palm roll.

A little secret that I occasionally do and do a light interlock with my hair. It was where I would do a retwist and in two weeks. It was like I didn’t have leaves at all like it was just pure hair, so what I did do was use my crochet needle for dreads, and I went through it twice, and when I did that, it was enough to secure it in place, but not enough to fasten it down if that makes sense. It didn’t make the lock smaller, and it wasn’t neat like you wouldn’t even be able to tell that I did something to it, but as I said, it helps keep my soft locs crochet hair in place as I would have liked a plump block. My locks would not be as even as they are now. 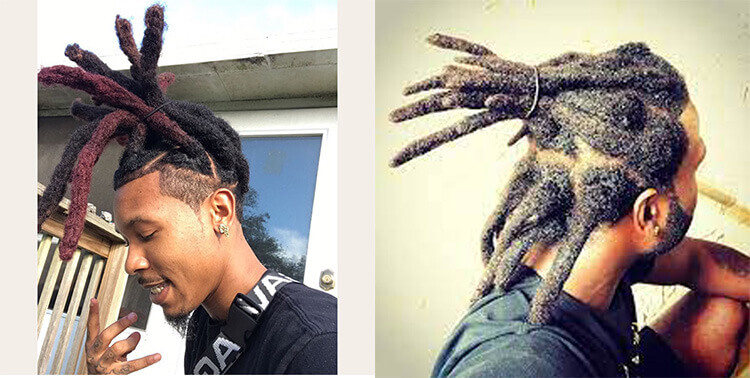 Finally, we have the free form. If you want a free foam, it starts with the twists instead of the clean coils, or you section your hair and just let it be, and they don’t do anything, folks, they don’t do anything. No palm rolling, no interlocking, no occasional retwists. None of that. They have no manipulation at all. You don’t even need products. Except for, I guess shampoo condition that you use.

It would be best if you had nothing and rarely do they. They separate their locs. Either you will see some free-formers separate where there is wild, but it’s still individual. Then you have some frequencies where they don’t bother. They let the hair separate itself. That’s free form. that is the definition of free form. Letting your hair choose where it wants to be and how it wants to be and just being okay with it and just living with it.

Here’s the video about Different Types of Locs.

How to get extensions and dreadlock crocheting?

Here’s the link for loc extensions, click here and send us an inquiry to get a free quote now!

Here’s the link for micro locs afro kinky human hair, click here and send us an inquiry to get a free quote now!

Here’s the link for crochet needle for dreads, click here and send us an inquiry to get a free quote now!